TuneCore or DistroKid…Which is the Best Distribution Company for Music 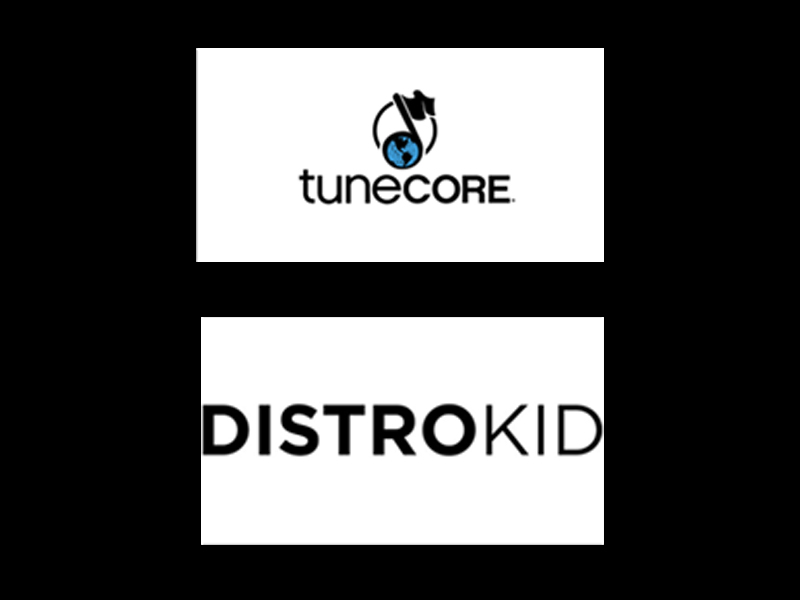 Before we jump into Tunecore vs. Distrokid, let’s talk about some general notes on music distribution first…

Music distribution companies are how artists get their music into the world and onto streaming platforms like Apple Music, Spotify, Amazon Music, and Tidal – and some lesser-known but still important ones like Deezer, iHeartRadio, Pandora, and Napster (which is indeed still in existence).

Additionally, many digital distribution platforms now have integrations that allow artists to get their music onto many of the social media platforms like Instagram Stories, Youtube Music, Facebook, Soundtrack by Twitch, and the increasingly important TikTok – which has become a favorite for labels and A&R’s (with 70+ major label signings directly attributed to TikTok in 2020).

Most of the distribution platforms offer similar base services (i.e. they get your music on the streaming platforms) but will have slight variations in their features, the add-on services they provide, and the way they interact with their artist customers. Many offer what they call “label services” but none of these are record labels. One thing lots of new artists don’t fully understand is that distribution platforms don’t take any ownership of your music. They distribute your music either for a flat fee or for a percentage of revenue.

Today, we’ll be comparing Tunecore and Distrokid – but there are lots of different platforms that cater to independent artists including Amuse.io, CDBaby, Ditto, FreshTunes, Horus Music, LANDR, ONErpm, Songtradr, Stem, Symphonic, UnitedMasters, and more. There’s also AWAL who just announced this week they are being bought by Sony.

Another helpful tip: If after reading this article or doing your research you find that you want to make a change, it is possible to switch distributors in a way that preserves your followers and stream counts. You can switch, you just can’t distribute the same song or project through multiple distribution platforms.

Two things that we are not talking about here: There are these other label-facing platforms you may have heard about like Sony’s The Orchard and Universal’s INGrooves that work primarily with the labels and are not accessible to the average indie artist. There are also standalone digital platforms aimed at indie artists that kind of do their own things like Bandcamp, Audiomack, and Soundcloud.

All that said, be sure to explore the different features, add-on services, and prices that make the most sense for you, your budget, and your goals as an artist. Tunecore and Distrokid are two of the more talked about platforms for independent artists, so we thought we’d start there.

If you’re shopping distribution platforms, Distrokid is going to show up early in your research. Since it was founded in 2013 it has become one of the more popular places for independent artists to go to get their music out into the world.

There are a few reasons why it’s become so popular. For starters, their prices are low and they take no commission on your music (i.e. you keep 100% of your royalties when you distribute through Distrokid). Distrokid is known as basically the cheapest and most cost-effective way to distribute a lot of music for the low (even Tunecore founder, Jeff Price and CDBaby founder, Derek Sivers say so). You really can’t beat a $19.99 annual fee for unlimited uploads. Additionally, Distrokid is available to anyone, no one gets turned away.

Distrokid is the only service that lets you distribute as much music as you want for one low price – $19.99/year base price and $35.99 for the Musician Plus Plan – without taking any % of royalties. There is also the Label Plan that comes with a few more bells and whistles that costs $79.99.

It also gets your music on way faster (they claim 10-20x faster than other distribution platforms). There are different time windows (listed here), but basically, it should take 1 – a few days to get up on all the platforms. As with basically every platform, Apple Music sometimes takes a little longer.

It’s also worth noting that in 2018, Spotify bought a stake in Distrokid. They didn’t buy it, but that does mean that Spotify and Distrokid are pretty tight – something to keep in mind. Distributing your music through Distrokid will also automatically verify your artist profile on Spotify – blessing you with that coveted blue checkmark.

Distrokid also has some neat features. They were ahead of the curve with Hyperfollow – a feature that creates a landing page where fans/followers can easily pre-save your music and get added to your email list. These days though, there are lots of companies that offer this or a similar service.

There’s also Youtube Money, which costs extra. What this does is detects when your music it’s used on monetized Youtube videos and diverts 80% of the ad revenue generated by the video containing your music to you. (Better than the 0% you would get without opting into the Youtube Money feature on Distrokid).

Other paid add-ons include Cover Song Licensing – which lets you legally upload cover songs to distribution platforms – as well as a feature that allows you to make your music and lyrics available for use on Facebook and Instagram stories, in addition to the all-important TikTok.

Distrokid is designed to be barebones and automated with no frills – which is how it’s able to do so much for so little. It’s also the reason for some of its drawbacks.

The most obvious one, Distrokid isn’t too pretty. It’s designed for function, not fashion – so some of the interfaces may be less polished or modern looking than you are used to. But don’t let that deter you, Distrokid is too busy handling massive volume at super low costs to worry about its appearance. Fair enough!

Distrokid is a little light on add-on services compared to Tunecore – which has features for publishing, soliciting placements in TV, video games, and commercials, and getting you paid for sync licensing.  Some people may not like the “hidden fees” for the additional services Distrokid does have on offer, but at $19.99/year it only makes sense that there are fees for the add-on services.

Overall, Distrokid is a great low-cost option. If you’re an artist just starting out, this is probably your best option. And remember, you can change later if you find that you want some other services that Distrokid doesn’t offer.

Tunecore is another favorite of artists everywhere – including indie goat, Russ, whose meteoric independent rise and now very large streaming checks facilitated by Tunecore have become the stuff of legend among independent artists.

Tunecore was an early favorite among indie artists because they pay out more frequently than pretty much anybody (after the initial startup period artist receive checks every week, as opposed to monthly or even quarterly with some platforms). Once you get going, you can access your funds in your Tunecore account pretty much whenever you want. Their payout is among the simplest and fastest of any distribution platform.

Speaking of fees, Tunecore’s fee structure is a little different than Distrokid and will cost you a little more. Tunecore charges by the album (or single). In your first year, you’ll pay $29.99 per album. Each year after that, the price goes up to $49.99 per album. For singles, you pay $9.99 per single. While yes, this is more expensive than Distrokid, it’s still a pretty reasonable price AND you get to keep 100% of your royalties.

Tunecore also has some pretty neat features. For one, they offer advances. This is designated for slightly farther along artists who have generated consistent streaming revenue over a period of time. It works just like you think it would: Tunecore will essentially front artists’ money based on their streaming history. To be clear, like all advances, this is a loan that must be paid back. The only reason they are willing to give you this money is that they are confident that you will make it back based on your past releases. Good things to do with advances: marketing and promotion for your music (to help increase your revenue and payback that advance). Bad things to do with advances: buy designer clothes and fancy dinners.

Another great thing about Tunecore: artist data. Artists get regular analytics reports that have more insights than the ones you get with Distrokid. These reports give you all kinds of information on how fans are engaging with your music, it’ll even tell you which of your music fans like and dislike and why. All this information will help better plan for future releases.

Another big plus for Tunecore over Distrokid, sync, and master licensing. For an additional fee, Tunecore helps artists get places in TV commercials, ads, and video games – and then collects your owed royalties for you. It’s worth noting here that Tunecore takes a 20% commission on sync licensing.

There is also Tunecore Social, a paid add-on feature with a Starter and Pro tier that helps artists manage their social media with post scheduling, photo editing, and hashtagging tools to help elevate your social content.

The main complaint about Tunecore is that it’s expensive. If you plan on releasing a lot of projects or a lot of singles, those fees start to add up. That said, if you’re doing any kind of numbers, $30 or $50 bucks is negligible and should be a drop in the bucket. (Shockingly, these fees haven’t stopped Russ from earning $100K+ per week).

Another strike against Tunecore is the fact that the founder, Jeff Price, is no longer around and since then, it seems that things are a little more corporate over at Tunecore. This means it might be harder to get in touch with a human if you need one.

Both Distrokid and Tunecore have no commission split and allow artists to keep 100% of royalties generated on their platform.

Distrokid is your more basic option. If you’re an artist just starting, you’re not going to get a better deal than $20/year for unlimited releases. Additionally, if you have you have your avenues for soliciting sync placements (or for whatever reason are uninterested), there’s no reason not to go with the cost-effective Distrokid.

Tunecore comes with a few more bells and whistles, the most notable of which is probably sync licensing. They also have better a payout structure. The big difference with Tunecore is that you have to pay every time you put something out.

Long story short: Distrokid is streamlined and cost-effective. Tunecore has some more bells and whistles and costs a little more.

Hope this helps and let us know what you use in the comments section!