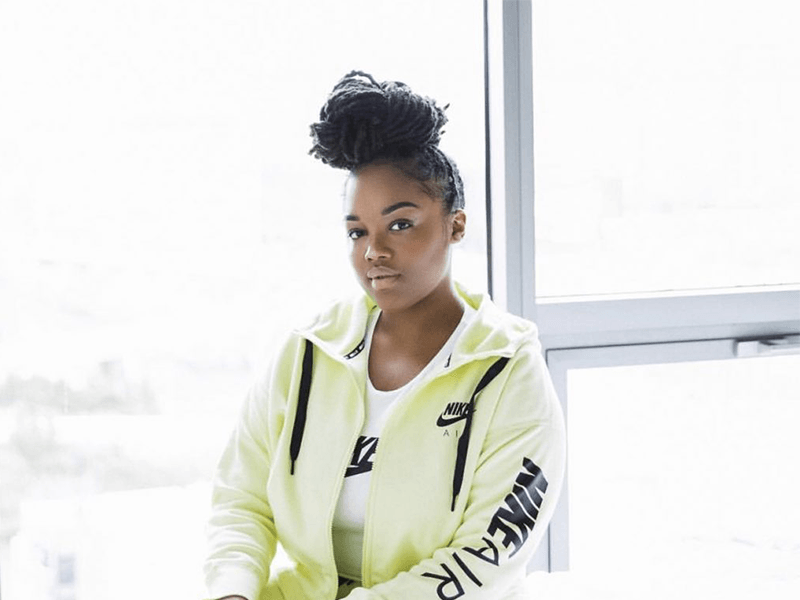 On this week’s unsigned podcast, I caught up with Jocelyn Rivera – founder of The PressPlay Agency.

Whether it’s marketing & PR, artist management, A&R, or event management – Jocelyn has her hands in it. She’s contributed to just about every hip hop blog and media publication you can think of. She’s played a major role for some of the hottest New York artists, including Sleepy Hallow, Sheff G, and Don Q. She’s worked with and executed projects for both independent and major companies – including Def Jam, Empire, Atlantic, Sony, SiriusXM, Hot 97, Power 105, Winners Circle, and Highbridge the Label, to name a few. And of course, she’s built up a name for herself and for the PressPlay Agency as respected operators and music marketers in the city that is the heart of the music industry. All at the age of 25.

Being so young (and accomplished), people often ask “how the hell did Jocelyn get into this stuff anyway?” High school and college students… listen up!

Jocelyn’s first look into the music business was in college when a job description for a freelance hip hop writer came across her desk. Being a big hip hop head and natural communicator, she applied thinking it might just be a fun thing to do. For what would be the first of many times, she quickly impressed and earned a spot as a regular contributor. She quickly became a prolific blogger, and soon would start connecting with and building relationships with many other blogs, media outlets, and publications both in NYC and around the country – covering emerging artists, new releases, industry news, and more. Before long, she had dozens of publications and blogs under her belt and was making a name for herself as a respected contributor – not to mention as a budding personality on social media.

It wasn’t long before someone let her in on a secret. There was a name for what she was doing: PR. (That’s press relations for the uninitiated i.e. media, blogs, magazines, press, etc.) She learned about copywriters and editors, pitching stories to publications, and creating a buzz through digital media. These skills would serve as the foundation for what would later become PressPlay.

Not long after that, her mentor, an A&R at Shady Records, would start bringing her in to consult on artist projects – where she would provide her (famously blunt) input on artist’s projects, creative direction, marketing campaigns, etc. When her mentor moved over to Def Jam, Jocelyn went too.

Also around this time, she was able to connect some dots (the beginning of a long, successful dot-connecting career) that really kickstarted her personal brand and made a name for herself in the New York scene. After being asked by a former company she interned for, if she had any ideas to promote an in-person showcase, Jocelyn organized and threw a packed music event with many of the hottest underground Brooklyn rappers, industry execs, and A&Rs from both major and independent labels. The show was an over-capacity success, and would serve as another jumping-off point for PressPlay.

Today, through PressPlay, Jocelyn continues to connect the dots between artists, labels, media, and digital service providers. In general, they help artists and brands put their best foot forward, whether by crafting a cohesive brand image, soliciting press placements, providing creative direction, managing social media, creating assets, developing release schedules, or generally “helping out” in areas that independent artists generally overlook or find difficult to address on their own.

Despite being quite the social media influencer and budding socialite herself, Jocelyn is a big fan of email when it comes to connecting with her audience. While the swipe ups and Hyperfollow links on social media are cool, she has found that there is nothing quite like a well-written, personal email in your inbox direct from the founder.

Early in 2020, she began formally offering consultations and branding services to ‘the public’. Given she has a large, engaged following, she figured promoting this on social media would be enough. It wasn’t. When she decided to try email, she found that it was a game-changer. As a result of just one email campaign, she would spend the next two months on the phone for 4+ hours per day fielding consultations.

Now, what goes into an email campaign? First, as Jocelyn points out, is the actual email. As she says, “Your copywriting needs to be on point.” And it does. But what does that mean?

First off, if you’re unfamiliar, “copy” and “copywriting”, those phrases refer to the words. There are all different kinds of scenarios and target audiences, there’s no one right way to write copy. However a few things to keep in mind that remain consistent:

The other big piece of the email campaign that is often overlooked… who is getting these emails?

An email list is one of the most valuable tools an independent artist can build. Not only is it an ever-growing list of people that have liked you enough to give you their email at some point, but it’s also a direct path to their inbox. Wherever possible, whether it’s on social media, an in-person event, or wherever else, collect emails!

Follow your passions, find mentors, recognize and seize opportunities, network, leverage relationships, build your personal brand, and perhaps most importantly, execute effectively and consistently! That’s what Jocelyn has been able to do.

Make people want to come to you.

Speak to your audience in a way that they can hear it. Talk like a person, not a “brand”. Be thoughtful about your voice.

Connect dots. If you see two people that could benefit from being connected, take the opportunity to be the dot connector. Create opportunities for yourself and others.

Find mentors. There are people out there that are already on the path you are traveling, they have just been on it longer. Seek those people out. Become valuable to them. Learn from their success and mistakes. Respect their opinion.

Seize opportunities. When an opportunity comes along to meet a new person, try a new thing, go to an event, take it. When you see someone looking for a service that you can provide, don’t be afraid to speak up.

Lastly, don’t wait for opportunities to come along. Create them. Prove your worth. There is nothing more desirable than someone who can create independent success.

For more on Jocelyn and The PressPlay Agency, follow @jocelynarivera and @pressplayagency.