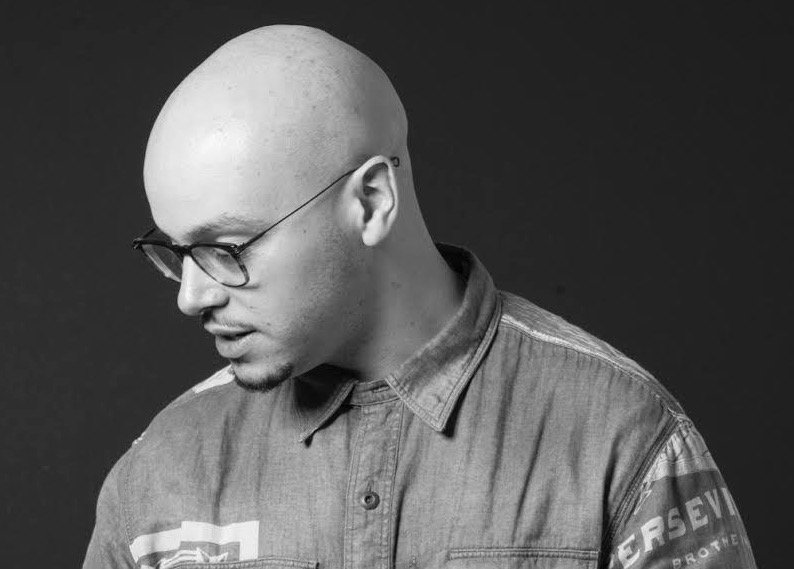 On this week’s unsigned podcast, I caught up with my former colleague, Joel Rodriguez, an artist as well as the Group Context Director at Translation.

At Translation, he’s worked on and overseen campaigns for brands including Nike, Google, Sprite, Beats by Dre, UnitedMasters, AT&T, and more. In addition to being a high-powered, taste-making advertising executive, Joel is a talented lyricist by the name of Superbad Solace. (His latest project, Sol Controller 2 is out now so make sure you run those numbers up!).

Translation, for those who don’t know, is a forward-thinking marketing and advertising company founded by Steve Stoute – who also founded United Masters. (If you’re not familiar, you really should be). Translation works with many of your favorite, big-name brands to execute projects and campaigns that stand out from the stale, tired, corporate-feeling marketing that’s become so common – making it one of a very few companies in the media and marketing space in 2020 that really “gets” the cultural shifts that are taking place.

As a Context Director, Joel is responsible for understanding the places, times, channels, and messaging that resonate with audiences. In other words, he is in charge of keeping the company’s ear to the streets – figuring out what audiences are looking for, where culture is headed, and how to tap into those insights. The ultimate goal being, help brands create an authentic experience that feels meaningful and engaging – and that most importantly doesn’t feel like advertising.

As we’ve mentioned before, whether it comes to networking or building your fanbase, the name of the game is listening.

At a company like Translation, where their value is derived from their ability to understand audiences and trends, you have to be able to listen at scale. You have to have observant, cultured, creative people like Joel actively spending time monitoring what’s being said, compiling that data into useful outputs, and – the trickiest but most important part – determining what actions to take to capitalize on the insights gained from social listening.

As Joel says, “If you don’t listen to the people, you’re gonna be tone-deaf” – and he should know… he does this for a living. Nobody wants to interact with a brand or an artist that feels out of touch… or worse, feels like they are pandering. This is also known as a culture vulture i.e. someone or something trying to profit off a culture to which they don’t truly appreciate or belong. Don’t be a culture vulture.

How to Social Listen

This all sounds great, but how do you actually do it? Do you read more? Do you subscribe to Billboard? Do you do surveys? Do you spend even more time scrolling through social media?

The problem is that everyone thinks they already know what people want. Why should I ask people what they like? I already know. I am, after all, a people myself. When creating a brand, most people make the mistake of saying to themselves, “Well, if I like it then other people will probably like it.”

You may even be right, but the problem with this is that simply scrolling through your Instagram and reading blogs daily is neither sustainable nor is it going to give you the full picture. Nobody can be everywhere at once or consuming every piece of content on the internet. This means that sooner or later, you are going to need to increase your capacity to analyze what people in your audience – and people in general – are saying, thinking, and feeling. In other words, you’re going to need to figure out some method for social listening.

There are lots of words (and lots of tools that companies use) for the practice of social listening. Whether you call it audience analysis, social media sentiment, “online mood”, or keeping your ear to the streets and your finger on the pulse, the idea is the same. The general goal is to analyze what people are saying about a particular topic, and to create actionable insights from those observations – which is done through the following process:

In general, Joel thinks less in terms of raw numbers (especially for new artists), and more in terms of momentum, trends, and insights… which makes sense given everything we’ve been talking about. If you pay close attention to your audience, and you are hyper-responsive to what they’re telling you – either with their words or with their actions – you will create a much closer connection and stronger fanbase in the long run.

For example, the same day that we talked, Joel had received a notification from United Masters that his music was gaining traction in the Netherlands. If you look at the raw numbers you might think, “Big deal, I have thousands of fans. Who cares about these 50 people in the Netherlands?”

When in fact, if you took the time to create a piece of content specifically for that audience, run an ad campaign that targets that population, or even booked a show in that area – you may have just created 50 superfans and a foundation to open up a whole new international market. It’s not that “numbers” aren’t important, it’s just that paying close attention to your audience and the landscape as a whole can oftentimes uncover valuable information that top-level statistics like “followers” and “likes” can miss.

This leads to a number that Joel believes to be crucial for any growing artist. The number of real fans. Rather than focusing on the masses, Joel believes in focusing on the core, dedicated fanbase. Most young artists want to be famous, and be on the radio, and have their faces everywhere – but it’s the artists with loyal, dedicated, and maybe even a little crazy fan bases that 1) Create an impact and 2) Have staying power.

Joel discussed a really impactful conversation he had with the late-great Nipsey Hussle regarding his “Proud to Pay” concept – which is the idea that true fans are willing to pay a premium. Nipsey would do things like charge $1000 for a mixtape, t-shirts for $100, etc. and because he had a loyal fanbase, he was wildly successful doing so. If you are truly a supporter, you look at this transaction less like a purchase, and more like an investment in your favorite artist.

Inspired by Nip, Joel adopted the same strategy for his own merch. Known for being an avid Ralph Lauren Collector, he created a hat inspired by vintage Ralph Lauren that he charged $108 for. IN just the first 24 hours he sold over 300 hats (do the math!). If it was just any old hat, it probably would not have the same interest at that price point. But because this memorabilia was attached to Superbad Solace and it was hugely authentic to his brand, his fans flocked to it – eager to invest in and show support for an artist they truly support.

The question that this raises: Who needs the masses when you have 300 rabid superfans willing to support and purchase anything you put out?

How can you do this yourself? Tap into your aesthetic, your brand, your ethos, what’s important to you. Figure out why your audience likes you, and give them more of that. Figure out how you can package your essence into a product, a song, an album, a cover, etc. If you can figure out how to package.

Whether you’re promoting your personal brand, marketing for a company, networking, or trying to get ahead in basically any field… the answer is to listen.

You don’t have to guess what the audience wants. They will tell you. It’s your job to 1) Listen to what they are saying (with words or with actions) and 2) Do something about it.

Focus on your core fanbase. You have very little control over whether your song gets played on the radio or whether some big-name reposts you on social media. What you do have control over, being responsive to the fans that actually want to engage with you.

Who needs the masses when you have 300 rabid superfans willing to support and purchase anything you put out?

For more valuable insights (and fire bars!) follow Joel at @joel.rdrgz. Check out his latest project Sol Controller 2… and be sure to cop some dope memorabilia!